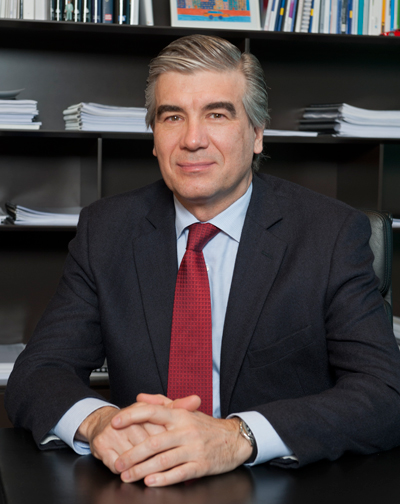 Francisco Reynés Massanet was born in 1963 in Mallorca, he is married and has 5 children. He is an Industrial Engineer, Mechanics speciality, from the University of Barcelona, and has an MBA from the IESE Business school. He also studied Top Management programmes in the USA and Germany. He speaks fluently English, French and German.

Francisco Reynés was Chief Executive Officer of Abertis Infraestructuras from 2010 to 2018. He represented Abertis Infrastructuras on the Governing Boards of Sanef in Paris, Arteris in São Paulo and Hispasat in Madrid.

In recent years, he has been a Board Member of Gas Natural Fenosa, Aguas de Barcelona, Segur Caixa Holding, Boursorama, Adeslas and Port Aventura.

Awards to Francisco Reynés Massanet
Biography was last modified: December 13th, 2021 by fr
We use cookies to improve your online experience. By continuing to use our website we assume you are OK to allow the use of these cookies.I agreeMore information